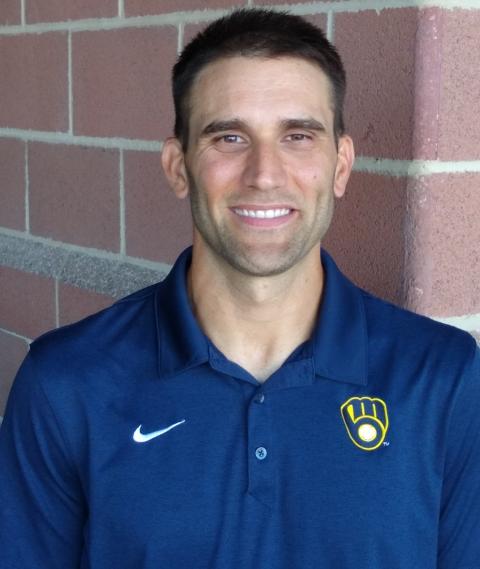 After 18 years in pro baseball, plenty of youth games on local diamonds and countless hours of throwing the ball around with friends or just off a wall with himself, Jeff Bianchi maintains his intense passion for the game.

Today it is directed, as hitting coach of the Lancaster Barnstormers, toward developing players aiming to reach or return to Major League Baseball organizations. In the past, it helped the Lampeter-Strasburg Pioneers win a state high school championship in 2005, made him a second-round draft choice, 50th pick overall, of the Kansas City Royals that year and sent him to the Majors with the Milwaukee Brewers in 2012.

"I remember how big sports have been in my life," says Bianchi, calling his high school experiences "the things that live with you forever." He talks of playing many sports beyond baseball -- basketball, wrestling, soccer, golf, bowling, tennis.

Bianchi, a smooth-fielding shortstop, played three years with the Brewers, 2012-2014, getting into 100 games in 2013, and then three games with the Boston Red Sox early in the 2015 season. After leaving as a player a year later, he was a scout for the Brewers until joining the Barnstormers staff in 2021.

The Lancaster post came from his relationship with manager Ross Peeples and satisfied his desire to have more time at home -- with his wife, the former Nicole Eckman, and children, Novella, almost 8, Josie, 5, and Bennett, 3 -- and simpler travel requirements.

"I'd love to be here long-term," he says. "The staff here is one-of-a-kind," citing general manager Mike Reynolds and Peeples.

But, he says, if a coaching opportunity in affiliated baseball presented itself, he'd certainly consider it, but it would be a decision made with his wife.

He talks of the solid relationship among the Barnstormers coaching staff, which includes Troy Steffy and pitching coach Mark Johnson, and how it "carries over to the players." The key to winning "is playing for each other; Ross preaches that."

Team rapport is not much different at the Major League level, says Bianchi, citing a warm reception from fellow players -- including star Ryan Braun -- when he reached the Brewers, but it is a grueling business. "I would not change a thing about it. I had to perform; if I wasn't performing, I was that man to go."

His fondest memories start with L-S's state championship team. "Those were the guys I grew up with. We were a family. We all had each other's backs."

His top pro memories revolve around his Major League firsts. He missed calls from his Triple-A manager about his call-up to the Brewers when he and his wife were away with friends during the All-Star Break. They returned to find plenty of messages, and "the emotion of excitement and joy of everything you worked for your whole life (is) a moment I'll never forget."

He also counts his first at-bat in Pittsburgh July 13, 2012 (he worked a 3-2 count before striking out), his first hit (also in Pittsburgh), his first home run (against the Cubs), and his first opening day (2014 after making the team but being injured in 2013). He's thrilled a Wrigley fan threw his home run ball back on the field and it made its way to him.

He also treasures the support of his father, Tim, and mother, Joni, and says he "recognizes their sacrifice as a parent" better since becoming a parent himself. And, he says, many other parents of L-S players were key as well.

Bianchi says he is filing paperwork to create Bianchi Baseball Academy "to share my experience" with young players. "I'm excited to have an opportunity to teach baseball and life." He sees a different life for kids today from when he grew up. "I hope I can get that back."