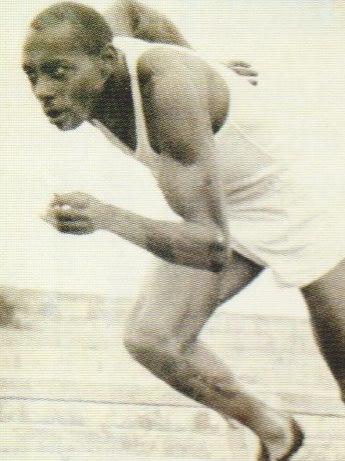 McCaskey High School sprinter Track. The football stadium at McCaskey is named after Barney Ewell. Barney was considered Pennsylvania greatest high school sprinter in the mid 1930's.  He ran track at Penn State University and between 1940-1942 won 12 gold medals. Also from 1939 to 1948 running in AAU  track meets he won 11 gold medals. At  the age of 30 in the 1948 Olympics in London Barney won two silver medals in the 100 and 200 meters, and a gold medal in the 4 by 100 relay.